Get fresh music recommendations delivered to your inbox every Friday.
We've updated our Terms of Use. You can review the changes here.

by Steve Hanson In Transit 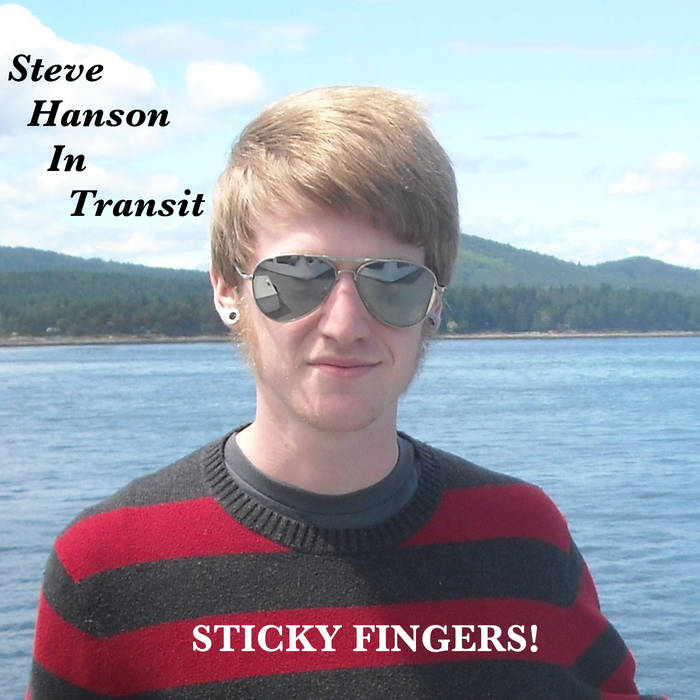 Written in February 2006 as an anti-valentines-day song, this is the oldest original song Steve performs to date and has taken on various musical incarnations over the years he's performed it and this recording is his dub-reggae version.

So you’re all alone on Valentines Day
You never seem to be able to get a date
Palmala Handerson is your only piece
But it gets boring to say the least
You’ve tried KY; you’ve tried all the toys
And this song’s for you girls and boys

Who have got; sticky fingers! x4
All night!

It’s been like this, all your life
Only spouse was in grade nine
Probably won’t get a husband or a wife
You tried Blind Date, tried Lava Life

Is it cause your personality
Do you need plastic surgery?
Do you need to meet someone like you?
To escape this wretched blues

Because you got: Sticky Fingers x4
All night. It makes you feel alright

So you met someone the other day
They liked you so much they agreed to a date
It went so well that you got laid
And now you're singing different tunes today!

Now you've got: Stinky fingers x4
All night. It makes you feel alright